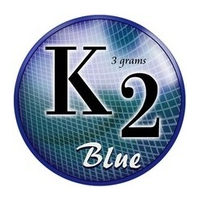 There has been a lot of concern recently about a combination of herbs laced with synthetic marijuana being sold online and even in neighborhood corner stores. You may have heard the substance being called K2 or Spice. It has received a lot of attention lately because a number of people have been hospitalized after smoking it. Users have reported soaring heart rates, and hallucinations. Over the summer, a teen from Iowa committed suicide after smoking it. This particular tragedy has brought forth concern, because the substance is still legal in many US states.

Personally, I think this product was made to get the attention of high school and college aged marijuana users. Perhaps they might switch to K2 thinking that it is less dangerous for their health, or because it’s not yet able to be detected by routine drug tests.

Although there is a “not for human consumption” warning label on some k2 products, evidently some people ignore the warnings. I believe that this substance is very dangerous and even though people may acknowledge this, some may not care. I think people should be concerned. Just because your friend may have tried it once and nothing happened, there’s no telling what could happen the next time. If you’ve tried K2, please be aware of the possible side effects. If you haven’t tried it, keep it that way! It’s always better to stand out for not taking risks than try to fit in and end up hurting yourself. Say No to K2!