Understanding the Disaster In Japan 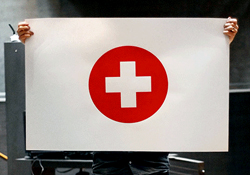 As I’m sure you all know, a massive earthquake hit the northeast coast of Japan earlier this month. The tsunami it unleashed on the rest of Japan and neighboring coasts made things even worse. The combination lead to the disaster we are still continuing to see unfold.

The nuclear reactors at Fukushima were able to withstand the earthquake without much trouble, except that the electrical grid powering the station itself was no longer working. This was a problem, because the reactors are very hot and need to be kept cool by electric pumps. Normally, losing electricity isn’t necessarily a problem (because the reactors can be cooled with diesel-powered generators), but when the tsunami hit, it destroyed the diesel generators, and the battery-powered pumps didn’t have enough battery life to last until the generators or the power grid were turned back on. This caused the temperature in the reactor to rise uncontrollably. Then, the hydrogen gas (which was produced when the reactor fuel came in contact with the water being used to cool it) built up in the containment building until it caused a massive explosion. These explosions destroyed the building designed to contain the radiation, and there has been a battle ever since.

Once again, the benefits and risks of nuclear energy are being questioned. Since the quake hit, there has been a ton of information floating around on the internet and in the media. Because there is so much going on, and the after effects of the disaster are ongoing, it’s hard to understand it all, and to know what is true, no longer relevant, or false. Although it’s totally normal to be scared and sad when you hear about the devastation in Japan, try not to let it consume your thoughts. Instead, why not try and think about ways you can help.

If you can donate anything (even a dollar) to the relief effort, you’ll be helping someone in need. The Red Cross is a reputable organization for relief donations, and you can find their donation page here. The image attached to this blog comes from the W+K design studio. All proceeds from the purchase of their Help Japan posters go to the Red Cross.