And Justice for… Some? 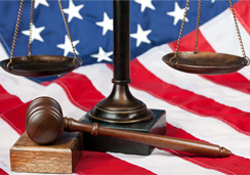 Have you ever been in a situation where someone has received different treatment than you because they had connections with someone important? For example, in a sports game, someone might get to play more because they are friends with or related to the coach. Well, that’s kind of how the situation with Onyango Obama (president Obama’s uncle) seems.

In case you didn’t know, Onyango Obama is an illegal immigrant who was arrested for drunk driving. Onyango was released from Immigrations and Customs Enforcement agency and is no longer going to get deported. Apparently, Onyango was released as the “test case” for a new Homeland Security policy that gives immigration authorities more discretion to let illegal immigrants go, rather than pursue efforts to deport them. (My opinion on this new law deserves an entirely different blog so I’m not going to address it here.)

I don’t know if this seems fair to you, but it certainly doesn’t seem fair to me. Even if it’s not the case, the way it looks is that Onyango got away with a crime because he’s the president’s uncle. I’m pretty sure that if that wasn’t the case, the consequences would have been different. I understand that as a person, you feel an obligation to your family and feel that you have to look out for them. However, I also feel that if you’re the president of the United States, you have to put those feelings aside. You can’t just make judicial exceptions to benefit your family. You have to treat everyone the same way.

The United States judicial system is supposed to see everyone as equals under the eyes of the law, but in this case, it doesn’t seem so. It seems ironic that after so much negative talk about illegal immigrants and drunk driving, Oyango Obama didn’t really incur any serious repercussions?

What are your thoughts on this?