What’s a Reputation, You Ask? 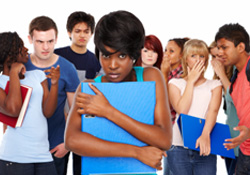 A person’s reputation is a very complex topic, because it varies from person to person and culture to culture. Some things that are acceptable in one culture may not be acceptable in another, so there’s a difference in how someone’s reputation is determined. Although your opinion of yourself is always the most important, the way others judge you will affect you. This is because even if you’re okay with your actions and you don’t believe you did anything wrong, it’s human nature to want to be liked, so people judging you negatively will bother you.

I feel like today, a lot of reputation issues refer to your “body count” (how many people you had sex with) and things you said, texted, or posted via a cell phone or social networking account. A lot of people don’t realize that even if you never really had the intention and never actually went through with something you said, if you made people think you did, it’ll still be held against you. For example, say you’re talking to three boys from your school and you make them think that you’d give them oral sex. As you may already know, people talk. So, soon enough, it would get around that you told these guys that you’d give them oral sex. Even if you didn’t actually do it and never intended to – you’ll  be labeled as a “ho” or as an easy girl, simply because you made them think that you would.

Maybe giving oral sex is okay to you, but being labeled and having to deal with the rude and hurtful comments from people, or being harassed by other guys trying to get you to give them oral sex (because you’re thought of as “that type of girl” ) will probably make you feel bad, which in turn will put a huge dent in your self-esteem. Like I said, your opinion of yourself is always more important than what others think… BUT if you lie and portray yourself as someone that you’re not and say things just because you think they sound cool…THINK AGAIN. You could end up with a bad reputation that you don’t deserve. Yes, it’s natural to want to be liked, but you should be liked for who you truly are. People who don’t like the “real” you are simply not your “real” friends.

You should live your life as authentically as possible and be true to yourself. Try to avoid doing inappropriate things that will give you a bad reputation, because sometimes a bad reputation can stick with you through the years, and it’s very hard to change what people think. So, don’t tell boys you’d have sex if you wouldn’t. Don’t send inappropriate pictures (either by e-mail or via your phone) because you don’t know who they’re going to be forwarded to. Trust only yourself and your parents. Friends get mad and will do mean things to get back at you – like share your secrets expose your pictures and texts. Reputation is a complex topic, but those are some of the basic things that you can do to stay in the clear.