Being an Orchestral Musician 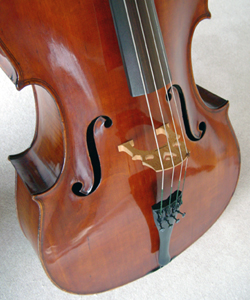 My conductor once told me that placing your finger on your instrument and testing the note to see if it’s correct is not enough. He said that being a real musician is about feeling the note as you begin to cue it, to hear the note already ringing in your head as you place your fingers on the string. Then, not only have you hit the right note, but reached a certain level of musicality where your body expresses every note you play, which is something that ordinary musicians long to master.

I started playing cello at age 5, and I guess I chose to play it because it wasn’t too big like a double bass, and not too small like a violin. Ever since then I’ve always liked the sound of the cello. It’s a unique instrument, and also very difficult. A lot of teens my age wouldn’t be so interested in practicing for hours throughout the week, and it does get hard sometimes. However, I’ve come to learn that perseverance is the key to mastering and getting good at something.

I have been so blessed to play with the Boston Youth Symphony Orchestra. I really hope that as I become a senior in high school I can reach the senior orchestra and have the opportunity to travel around the world to different countries. The orchestra has traveled to tons of places, such as Spain, England, and Germany!

It’s interesting to see how music can have such an affect on someone. I think that’s the real reason for why I’ve fallen in love with music. For me there’s no other feeling in the world that compares to sitting in the front row and hearing a band play, or when I plug in my headphones and listen to my favorite songs…