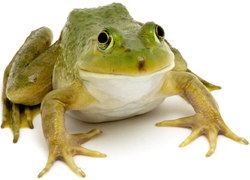 The last day in February this year was very awkward and confusing for me. Nothing weird happened at school or at home that caused me to have this feeling, but something strange happened to the calendar. When I looked at my math teachers clock in class today, it read “February 29th”. Huh? February 29th exists? In a leap year it does. I had some knowledge about a leap year; I knew that it somehow added an extra day, and I also knew that it had something to do with a frog (haha), but other than that I had absolutely no clue what a leap year was. I came to find out that none of my friends did either. This is where Google became my best friend for the day.

I learned countless facts, stories, and information about what a leap year was. Here’s the “411” for you: A leap year is when an extra day is added to the calendar, specifically during the month of February, making that year have 366 days instead of the normal 365. This is to keep the calendar functioning properly, and for the calendar days to match up with the solar (rise and fall of the sun) days. A leap year happens every four years, because a year isn’t REALLY 365 days long; it’s actually 365 days, 5 hours, 48 minutes, and 46 seconds.

So, with this extra time we would lose a day every four years, and lose 25 days every 10 years! That would leave us almost an entire month behind schedule! Think about it: I would have to be in school for a whole extra month. Thank goodness for leap years. I also found out that century years (2000, 2010, 2020) aren’t considered leap years, and that the Egyptians and Romans were the first to adapt this idea. A frog is symbolic to leap years, and I’m guessing it’s because, obviously, frogs, leap. I can’t wait for the next leap year to come, but that’s unfortunately four whole years away.