What Kids Need to Know Before They Start Dating 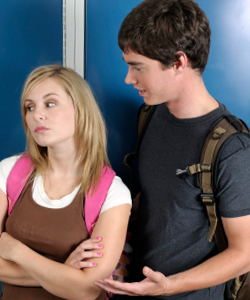 I know that a lot of parents aren’t comfortable talking to their younger children about dating and sex. Many parents don’t approve of programs at school that address these topics either. I, on the other hand, feel that these programs are necessary. The article mentioned above included the following statistics: “the highest rates of physical and sexual assault happen to women ages 16 to 24…, nearly one in ten high school students have been hurt by a boyfriend or girlfriend.” It makes more sense to try to educate kids about healthy relationships before bad things happen to them. Once abuse happens, it’s often too late.

Parents need to realize that whatever kids don’t learn at home or at school they will often learn on the street. As most of you know, information on the street isn’t always reliable. I don’t think talking to kids about healthy relationships encourages them to start dating; I think it helps them identify what’s normal and what’s not and prepares them for when they do start dating.