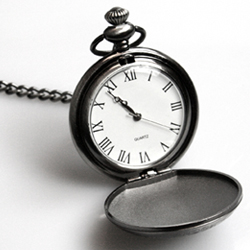 I’m a senior in college, and for some reason I had the idea that my senior year was going to be easy, with lots of free time. However, this has been one of my busiest semesters and it’s only going to get busier.

My schedule is busy by choice. I chose to have two jobs and two internships along with a full time class schedule. Yes, I’m stressed at times and often very tired, but I feel very productive, which is great. I think that one of the reasons I don’t feel completely drained is that I learned how to manage my time.

Procrastination is a temptation that’s very hard to resist. I do procrastinate with certain things sometimes, but honestly, I’d rather not. I work well under pressure, but prefer not to. I don’t like feeling as if I’m running out of time. I’d rather start working on an assignment weeks ahead if I know about it than waiting until the day before. I just feel like when I get my work done ahead of time, I’m able to hang out with family and friends without the worries of having something to work on. It also gives me plenty of time to do a better job.

I know a lot of people like waiting until the night before to do their assignments and I’ve found myself in that situation a couple of times, but trust me – that’s not the way to go. When you start procrastinating, it only makes you drag your feet even more, and it starts to become a way of life. Soon you’ll end up putting everything in your life on hold for “later”, and later just never comes. That may be a bit extreme, but I’ve seen it happen.

My mom and my friends tell me I’m crazy because I’m doing too much. I’m constantly juggling going from one job to another, or from my internships to class, etc. but it keeps me busy, which makes the days go by faster. I’d rather do a lot now then have to worry about graduation requirements and that sort of thing later. Remember; don’t leave for tomorrow what you can do today. Also, if you really want to do something you’ll find the time; if you don’t then you probably aren’t that interested after all. Like I said, I have two jobs, two internships, and classes, but when I really want to hang out with my friends and family, I manage to find the time to do so. If I can do it, so can you!