Joke’s On the Bully 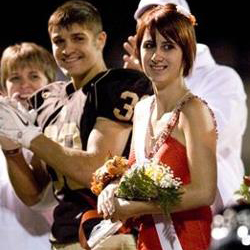 Not everyone is bullied, so some of us may not realize that it’s a big problem. Bullies tend to attack the most vulnerable people and that’s what makes them so dangerous. Victims of bullying tend to have low self-esteem to begin with, so they typically don’t have the courage to ignore it without being significantly impacted.

I just watched a video about a prank that a group of young girls pulled on their classmate. The mean girls picked her as queen for the school’s homecoming court as a joke. It’s sad to hear about the extent kids are willing to go too just to bully someone. Luckily, in this scenario, the victim was able to stand up for herself and not let them get away with damaging her self-esteem.

In fact, it improved her self-esteem. With the support of her entire community, the victim is going to go to her high school homecoming as queen. Her community decided to support her by covering the cost of having her hair done, donating a dress, and paying for her dinner.

It would be nice if more scenarios turned out this way, but, to me, this is a rare case. Victims of bullying aren’t usually able to turn the tables and make it into a positive experience. I also don’t think that most victims have as much support; primarily because bystanders often don’t find out what’s going on until it’s too late. Also, many people don’t like to get involved.

I just think this case shows how important emotional support is in situations like this. I also think that it’s important to understand that when bullies attack you they’re expecting a specific reaction, and if you do the opposite, the joke is on them. I understand if you’re being bullied it may be very difficult not to react or not let it affect your self-esteem, but if more victims refused to give this power to the bullies, then bullying would probably become pointless and start to decrease.