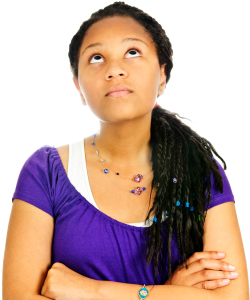 I’ve always heard that people don’t like change, and I think that there’s some truth to that. Once you have a routine it’s hard to start doing things differently. The other day I was reading an article for class and I read that people don’t necessarily resist change, they resist having changes imposed on them. If you think about it, it’s very different to make changes because you want to rather than because you have to. Sometimes you might get tired of your routine and feel like you need something new to spice things up, so change becomes appealing and something you want to do. However, if you’re okay the way you are and you don’t see why you need to change, then you resist it.

This makes a lot of sense when it comes to people’s health behaviors. For instance, it’s much easier for a person to eat healthier if they want to. Perhaps, they want to manage their weight or they just want to live a healthier lifestyle in general. On the other hand, if you’re told that you need to change your eating habits because you might get diabetes soon, but you feel fine the way you are, then you’ll probably be opposed to changing your eating habits.

Nobody can force you to do anything that you don’t want to do. However, next time someone is trying to introduce a change into your life, think about what might be causing the need for change. Even if you’re okay with your current situation, give it some thought and maybe you’ll understand why (or why not) the proposed change might be good. The next time you’re trying to change something about someone else, realize that change isn’t easy – especially if it isn’t something that you’re looking for. Everybody likes change if they want it, but nobody likes to feel like they need to change.