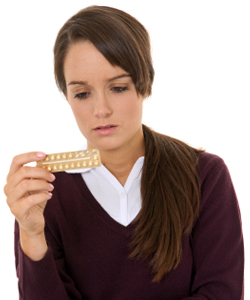 The American College of Obstetrics and Gynecology recently released a committee opinion regarding over-the-counter access (meaning you don’t need a prescription) to oral contraceptives. When I first read this I thought about how beneficial this would be for teens who might be worried if their parent attends their medical appointments or if they feel at risk for getting pregnant. Oral contraceptives have minimal health risks compared to other OTC medications such as aspirin, for example, so this would be a great thing for many teens, right? At first glance this seems like a great concept, but does it really make the most sense for teens?

As I thought more about it, I couldn’t help but wonder what kind of instructions or education would actually come with oral contraceptives if they’re sold without a prescription. Patients would still be able to consult with their health care provider about birth control options, but I think teens should be educated by their providers before they buy the Pill. There’s a lot to know about the Pill before you decide to take it. It’s not right for everyone and it could have significant risks if you have a family history of certain blood disorders. Oral contraceptives can have different effects on each person’s body, so the one your best friend takes might not be the best one for you.

In theory, the idea of oral contraceptives to be sold OTC is great, but teens really need to educate themselves before taking any drug, hormonal or otherwise. Also, since most teens are on their parents insurance plans, the oral contraceptives will pop up on parents radars. Although it might be uncomfortable, it’s important for parents and teens to talk about sexual health.