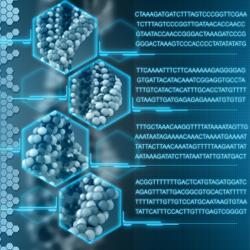 I’m in a genomics (genetics) class and it’s really changed how I think about certain things. For instance, a couple of days ago we watched a film which was basically about a girl finding out she has a genetic mutation that increases her risk for breast and ovarian cancer. She found out at an early age, so throughout the film you can tell that she’s stressed about what she should do. If she decides to have her breasts and ovaries removed, her risk will significantly decrease, but she wants kids and doesn’t have any yet – so she has a dilemma.

The film was very interesting, but it made me think about what I would do if I found out that I have a genetic mutation, and also made me think about whether or not I want to know at this point in my life. It would be nice to be able to get preventative treatment if necessary, but at the same time… the results can be life-changing.

The film also made me think about whether I want to go through genetic testing with my partner (in the future) so that we can find out whether our children would be at risk for certain conditions. It’s complicated. If I found out that our genes aren’t really a great match then it’s either A. stay together and bring a child into the world knowing the possibilities of certain medical conditions, B. plan on adopting, or C. break up even though we love each other.

I never really thought about all of this before and although I think genetic testing can be a great tool, I also think it can be scary. On one hand it can be reassuring to know that you’re okay and/or that you and your partner’s genes won’t put future offspring at risk for developing a genetic disorder. At the same time, it can be devastating to find out that there’s something wrong. What are your thoughts?