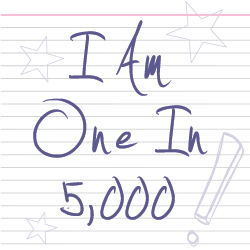 Eight years ago I had one of those experiences that will go down in history as one of the most rewarding professional and personal experiences of my life. It all started while I was moderating a chat for young women diagnosed with MRKH (an acronym that’s short for Drs. Mayer, Rokitansky, Kuster, and Hauser who studied it). For those of you who’ve never heard of MRKH, it’s a congenital anomaly of the female reproductive tract. It occurs in about 1 in 5,000 female births. Girls aren’t usually diagnosed until they’re between 15-17 years old, and they typically find out when their period never comes. Although these young women are perfectly normal genetically, they lack a uterus and have an incomplete vagina. What this means is they require treatment to create a vagina and they won’t be able to carry a baby. They can have a biological child with a surrogate, but at this time, medical science doesn’t offer any other viable options such as a uterine transplant.

Since 1995, (while working with Dr. Marc Laufer in the Gynecology Division at Boston Children Hospital) I have had the privilege to meet many extraordinary young women who often travel from different parts of the United States (as well as internationally) to be evaluated for MRKH. They are strong, brave and resilient.

No one can tell by looking at a female that they have MRKH. It’s not like they have a cast or visible scar, and everything on the outside looks normal. The down side of this is that they probably won’t ever meet someone else who has MRKH with whom they can relate to – that is, without the help of today’s technology.

Just about 10 years ago the Center for Young Women’s Health began offering monthly online chats for teens and young women with MRKH. Each chat is moderated by our media coordinator and me. It’s essentially a “virtual support group.” It’s here where a young woman chatted about wishing she could meet other girls like herself in person. I thought it was a fabulous idea, and after getting the thumbs up from our Chief, I began planning a day for young women and their families to come together for support and learn more about MRKH.

Eight years ago, (2006) we held our very first MRKH Conference. Fast forward to 2013; the conference draws families from the east to west, from the north to the south (USA) and from countries including Ireland, Australia, Mexico, Dubai, Singapore, and beyond. This year we’re expecting more families than ever before.

It’s an amazing day, one that teens and family members have described as “life-changing”. Young women with MRKH finally have the opportunity to meet others who know exactly what they’re going through, and parents will also have the chance to meet other parents. As the conference has grown, many adult women with MRKH have joined our team and co-facilitate support groups and answer sensitive questions. This year we’re all very excited to welcome Jaclyn Schultz, Miss Michigan, 2013, a spokesperson for Beautiful You MRKH and a role model for girls with MRKH to our conference.

The conference will be held at Boston Children’s Hospital on Saturday, Oct. 19th. For more information, check out our website or call me at 617-355-7712.