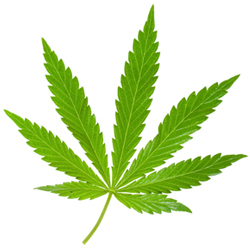 With some parts of the United States beginning to make marijuana legal, a lot of teens may be wondering, “if the drug is legal, it must be safe, right?”

It’s important to keep in mind that a lot of things that are legal can still be harmful. You probably know that smoking cigarettes causes lung cancer, or that drinking and driving kills many young people; and yet, cigarettes and alcohol are both legal for adults in the United States. Even though ad campaigns that we’ve all seen warn us all about the harms of cigarettes and alcohol, word isn’t out yet on marijuana in the same way. In fact, most people don’t realize that regular marijuana use can cause permanent changes to your health.

Did you know, for example, that a recent scientific study showed that teenagers who used marijuana regularly had an 8-point decrease in their IQ in adulthood?, or that marijuana puts some people at risk for schizophrenia? Marijuana doesn’t just cause brain changes – it can also cause changes to your body. For example, some people who smoke marijuana regularly can develop a daily vomiting problem and. regular marijuana use causes low testosterone in guys, which can worsen sexual performance.

Many of these changes take place after using marijuana regularly for a long period of time. Still, there are some changes that take place right after anyone smokes marijuana. Marijuana worsens short-term memory, concentration, coordination and balance, all of which can be affected for up to 2-3 days after using marijuana. This is a “hangover” that’s a lot longer than for alcohol, and not good if you’ve got a test or a big game on Monday! Maybe you’ve heard people say, “I would never drink and drive, but I drive better after I’ve been smoking marijuana.” Well, it turns out that people who are high on marijuana are about twice as likely to get into a deadly car crash. So, just as you would tell a friend who’s been drinking not to drive, you should tell your friends who smoke marijuana not to drive, too. You shouldn’t be a passenger in a car with someone who’s been using marijuana, either.

So, even though some states are legalizing marijuana, you have a choice not to use it. You may decide it isn’t worth the possible side effects-and that’s okay!