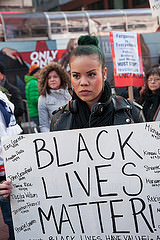 Our country has made some strides toward equality for all people in the past 100 years. However, a recent video of fraternity brothers singing a racist song went viral and showed that we still have a way to go before racism is a thing of the past. Situations like these can be very hurtful to observe but also painful to deal with, even if you don’t observe the behavior and just hear about it afterwards. In order to succeed at your school, your job, and in your neighborhood, it’s helpful to think about what racism is and how to know if this is something you might be dealing with in your environment.

The dictionary has two definitions of racism. The first definition of racism is: “the poor treatment of or violence against people because of their race.” (A person’s race includes physical characteristics like skin color, hair texture, and facial features.)

Situation A: Kirk, an African American man, and his friend Ari, a Jewish American man, go into the local drugstore to buy some snacks. Kirk picks his items and walk towards the front of the store.  The self-checkout counter is located to the left of the front doors, and as Kirk walks, the store intercom calls for security. Once Kirk turns toward the counter, another message is heard overhead to cancel the security. As Kirk gets to the counter, a store employee walks toward Kirk, peeks inside his shopping basket, and then darts off. The employee does not look in Ari’s shopping basket. Kirk makes his purchases and together, he and Ari leave the store. Outside, Ari points out to Kirk that he was racially profiled.

This is the direct, in-your-face kind of behavior that most people think of when they hear the word racism. Some other examples include the history of sending Japanese Americans to internment camps during World War II or police violence against African Americans that continues today.

The second definition of racism is: “the belief that some races of people are better than others.” This type of racism is more subtle and even the most well-meaning people are sometimes guilty of speaking or acting from these kinds of beliefs. Some examples include awkward comments or word choices that are based on stereotypes about large groups of people based on their race.

The first kind of racism is sometimes described as a “hate crime” because it can be extreme.  The second kind of racism is more subjective: what one person interprets as offensive, another person might see as a typical comment.  If you find yourself in a situation that involves racism, keep your eyes open and listen carefully to what is said. Say little, find a safe space and write down everything you saw and heard so that you may report the incident later if necessary. For both kinds of situations, you should definitely tell your parent or guardian or another trusted adult. Racism may never go away, but by learning how to recognize it, you will also learn how to respond. For more suggestions on how to deal with racism, look for my next blog “How to Cope with Racism”.