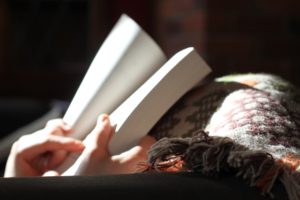 Books are boring, right? Wrong. Reading is one of the best forms of entertainment, and you don’t even have to leave your room. But what should you read? Here are three recommendations of my all-time favorite books, all of which I believe are appropriate for teenagers, ages 13+.

The Summer of Chasing Mermaids by Sarah Ockler
Elyse, is a teenage girl who lost her voice in a sea accident. She goes to a small island, Atargatis Cove, for a summer to get some time to herself. Christian is a playboy but he’s the only one who treats Elyse like she’s not made of glass. When Elyse ends up being Christian’s first mate in a contest that will determine the future of the calm Atargatis Cove, she is forced to face her past and must rediscover her inner voice. The storyline is attracting and very cute, but the book doesn’t skirt around sensitive topics, such as gender fluidity and overcoming fears.

Throne of Glass by Sarah J. Maas (ages 15+)
Celaena, is an imprisoned assassin. She is summoned to the castle by the prince to be his champion in a contest to find a personal assassin for the king. If she wins, she will be released from prison. If she doesn’t then she won’t ever leave the castle alive.

Carry On by Rainbow Rowell (ages 13+)
Simon Snow is in his last year at the Watford School of Magicks. All he wants to do is relax, but his evil roommate, Baz, is missing and Simon still hasn’t figured out how to defeat the Insidious Humdrum. It’s an adventure, mystery, and romance all mixed into one. This book keeps you on the edge of your seat while exploring topics of sexuality and choosing your own path in life.