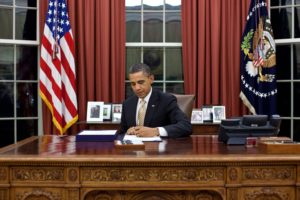 Under the Obama administration, the Affordable Care Act was created. This act protects citizens from discrimination based on sex, gender identity, or sexual orientation.

However, recently, North Carolina passed their House Bill 2 (aka Transgender Bill) mandating that people would have to use restrooms designated to the gender that they were assigned at birth. Many citizens, transgender and cisgender alike, expressed their discontent with the bill. On Friday, May 13, the Obama administration made a stand against this legislation.  The administration notified public schools that they would risk losing federal funding if they attempted to impose rules similar to the ones specified under the HB2.

The Affordable Care Act does not just extend to restrooms, but also to dorm rooms. This means that transgender people are able to live in the dorms of the gender that they identify with. It is important to note that the additions to the act do not extend to single-gender schools (such as all women or all men) or to admission for sororities and fraternities.

LGBTQ advocates are ecstatic for the changes to the act, and many say that this is a huge step towards true equality. However, there are debates over the topic. The arguments are not merely based off of the matter of having transgender and cisgender people share restrooms and dorms. There are also debates on whether or not Obama has the right to put out this act. Many are declaring that Obama should not be able to impose his views upon others by threatening schools with federal cuts. It is a sensitive topic. I personally believe that this was a step in the right direction. We’re the land of democracy, so let’s have real equality for everyone.