Is Social Media Controlling Your Life? 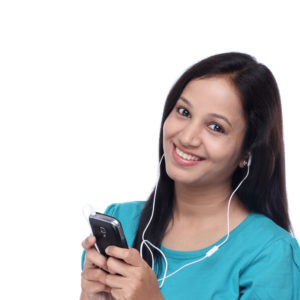 In the past year, I’ve made more social media accounts than I have in my whole life: Tumblr, Instagram, YouTube, and this summer, I’m considering making one for Snapchat. This list doesn’t even include texting and all of the games I’ve downloaded to my phone. Now, some may laugh, because compared to a lot of teenagers, that’s actually a pretty small number of social media accounts. But this is the most I’ve ever had. Looking back, it was strange to get social media for the first time, and to actually have people who I could message. I spent a lot of time checking my phone for updates, and spending an endless amount of time on social media.

My self-control has improved at this point in my life though. I don’t look at my phone when I’m with friends (unless we’re competing in a game or something similar to that). I don’t find it difficult to be disconnected from my devices. However, over the past few weeks, I’ve been hearing more and more about the negative effects of social media from school, from workshops, and even (a bit ironically) online. It can hurt body posture, impair a good night’s sleep, ruin communication skills, make it harder to focus, lessen your self-confidence, cause you to spend more money, make it harder to think independently, etc. Hearing all of this in such a short span of time was a bit overwhelming, really

I’ve been thinking about it a lot lately. My sister has been telling me to sit up straight. I had a very negative body image since social media entered my life. And who knows how much money I’ve spent on magic eggs in Puzzles and Dragons. But, maybe the symptoms are different for everyone. I’ve been getting the best sleep of my life, and my communication skills are still on point. I’m also actually thinking more independently as well, as I’m trying to figure out what really is my view of the world.

Has social media really benefited me? I wonder. Tumblr has provided me with motivational posts and help with homework. Instagram and YouTube have given me something aesthetic to look at on gloomy winter days. Articles that pop-up in my email allow me to keep my ability to focus in check (here’s a challenge: read an article without scanning any paragraphs).

So is social media really as bad as everyone says? I’m not sure. I think it’s one of those things that depends on the person who uses it. I don’t think I’m heavily dependent on social media. Yes, it’s had an impact on my life, such as some subtle changes to my posture and the way I think, but I don’t think it’s controlling me.

If there is something to take away from this though, it’s to challenge yourself to spend less time with social media. A lot of the time, real life is better. Talk to your friends and family, in person, without a phone on the table. Read a real book. Take pictures with your mind, and make memories instead of posts. Call instead of text, and use your laptop at a desk instead of on your bed. The little things do add up. Social media can be such a helpful tool, as long as you’re able to step away from it and still be happy.