Think Before You Drink and Drive 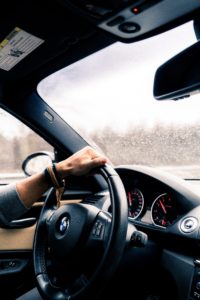 On July 29th my friend, Olivia, went to a party and made the mistake of getting into a car with a person who was intoxicated. At around 4am the car she was in crashed into a pole. Olivia was only 16 years old when she died. Like many teenagers her age Olivia had hopes of going to college, but she would never have that opportunity. Olivia planned to have fun that night, she never thought she’d be in a car crash. The driver’s blood-alcohol level was 0.18 on the night of the accident, more than twice the 0.08 level considered too high for driving.

America is witnessing an increase in deaths among its children and teens, according to a new mortality report from the Centers for Disease Control and Prevention. The total death rate for 10 to 19 year olds in the United States declined 33% between 1999 and 2013 but then suddenly soared 12% between 2013 and 2016. The rise in deaths is attributable to injury-related deaths, such as traffic accident fatalities, drug overdoses, homicides and suicides. This increment should be a wake-up call that mental health services, injury prevention, gun safety and ongoing efforts to improve car and driver safety need attention and financial resources. Teenagers shouldn’t be dying of preventable causes at the current rate.

It’s impossible to prevent every teenager from drinking alcohol, but responsible drinking can be encouraged. Drinking responsibly means planning a safe way to get home, such has having a designated driver, taking an uber/taxi or staying at a friend’s home. Alcohol intake should be limited, as overconsumption can cause risks to your health and safety. Driving while under the influence is illegal for a reason; don’t attempt to be above the law. Alcohol inhibits your ability to think clearly, which negatively impacts your ability to pay attention and make safe driving choices. You are unable to react as quickly as would in a sober state. You might be tired of hearing “don’t get into a car with a drunk driver,” but it has to be repeated. Drunk drinking under no circumstance is ever acceptable. Even if the individual has only had “a couple of drinks,” they shouldn’t be driving. Drunk driving could have irreversible consequences that could be avoided. It is important to not only think of the harm you could cause yourself, but the harm that you could cause innocent bystanders.