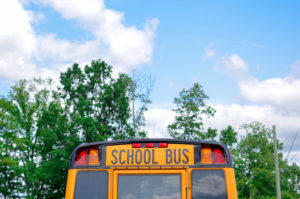 We have all been through it: waking up at the peak of sunrise to get to school on time. There might even be some tired yawns or the lingering feeling of sleepiness until 3rd period. With students waking up as early as 4-5am, this early fatigue becomes inevitable with school start time so early.  For a long time, doctors and educators have argued for a later start time for school. Various research studies have demonstrated that a school start time as late as noon could improve focus and academic success in schools and additional positive impacts on students.

The state of California has taken action to create a better environment for students. With their recently proposed bill to push school start times back to 8:30 AM or later; it is clear that the early start time has finally caught many politicians’ attention.  Although a change in start time has many benefits and can be implemented across school systems, it is easier said than done.

In late 2017, the Boston Public School system voted to change start times to later. Despite their good intention, there was an immense amount of backlash from students and parents, which caused the Boston Public School system to withdraw their decision. Many parents mentioned the significant burden that this change in schedule would have, especially those with younger children that cannot get home by themselves on public transportation. Students have also spoken against this change because this would alter sports and additional extracurricular times, causing them to run later. In addition, every school is different in their needs. A universal change in start time might not be necessary for some schools.

Although there are good intentions to create positive change in our future generation of students, there are pros and cons to every solution. With the repercussion of Boston Public School system’s attempt and the positive direction to change the school times in California, it becomes apparent that the future change for school start time has become uncertain. Nevertheless, I believe with time educators, politicians, and others will work hard to make changes in school system that will encourage better-rested teenagers.