We need to talk about vaginas and vulvas… 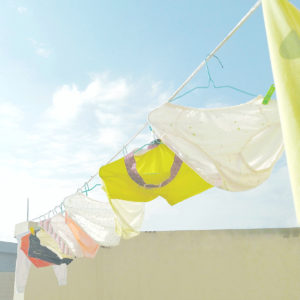 Fanny, pussy, vajayjay, “front bum” (yes, front bum)… just a few of the many terms we’ve created to describe our nether regions; perhaps because some sound sexier than real anatomical terms, or maybe because using nicknames for our lady bits has somehow become more socially acceptable and less likely to make people squirm in their seats. Finding words that challenge the taboo of discussing female genitalia has mostly been a good thing – we’ve created a language for ourselves to speak about body parts that were once unspeakable. But somewhere in the midst of lady gardens and hoo-hoos, we’ve created confusion about the ins and outs of female genitals. If given a diagram of their anatomy, how many people could correctly label their labia, urethra, clitoris, and who would know their vagina from their vulva?

“Vagina” is one of the few real anatomical terms that has fought for and secured its place in our everyday vocabularies (well done vagina!), but despite being given the thumbs up as a speakable word, a lot of the time it’s used inaccurately. People often say “vagina” to refer to everything that sits between a woman’s legs. What they really mean to say is “vulva”, a word that runs the risk of evoking the scrunched up face response. Contrary to the language we use, vaginas and vulvas are not the same thing. “Vagina” refers to the internal canal that can function for sex, menstruation and birthing babies, while “vulva” refers to the external parts of female genitalia, including the clitoris, labia, urethral and vaginal openings. Variations in sexual development mean that these structures and functions may differ somewhat between individuals, but the bottom line is that vaginas are internal and vulvas are external.

This may be news to some and familiar to others. Either way, you may be wondering if it’s really that important to be so pedantic about semantics. For me, personal and professional endeavors have affirmed my belief that it absolutely does matter! If you persevere to the end of my ramblings, hopefully you’ll find it’s important to you too.

On a personal level, most people who know me will know that I haven’t shied away from discussing my experience of living with Mayer-Rokitansky-Küster-Hauser Syndrome (MRKH), a diagnosis that means being born with an absent or underdeveloped uterus, cervix and vagina. When I thought about publicly disclosing MRKH, one of the biggest barriers was feeling terrified about other people’s misconceptions. I worried about the consequences that misunderstanding MRKH would have in terms of how I would be perceived and judged by other people. If I said I was born without a vagina, would people picture something resembling a Barbie doll with no genitals? When you consult Dr Google, two of the most frequently asked questions about MRKH include (1) where do they pee from? answer: the urethra – the urinary tract and reproductive tract are separate entities and (2) can they experience sexual pleasure/orgasm? answer: yes – MRKH or no MRKH, women derive much of their sexual pleasure from the clitoris, which is part of the vulva (i.e. not the vagina), and women with MRKH can have vaginal intercourse after lengthening the vagina if desired. After much deliberation about how poor understanding of anatomy would impact on how people viewed me and what they would say about me, I carefully concluded “f— it” and decided to adopt the “give less of a sh-t” model of coping and write about my vagina on the internet.

As it happens, disclosing MRKH has been incredibly liberating. It has enabled me to be wholly and unapologetically myself in all areas of my life, to speak openly and advocate for women with MRKH, and to join my personal and career interests by researching MRKH, which I hope will lead somewhere exciting in the future. So, my experience has largely been a positive one, but I’m painfully aware that others may not feel so safe to disclose MRKH, other differences of sex development, or any other issues that involve unspeakable body parts. Although there are many factors that influence individual choices about disclosure, I can’t help but wonder, if we all had a better understanding of anatomy and didn’t have to be so elusive when discussing our “privates”, would people feel less shame and fear about discussing differences?

From a more professional perspective, I’ve had many a discussion with my health psychology colleagues about vaginas and vulvas, bladders and bowels, and the body parts and bodily functions that we all have, but don’t all feel comfortable to speak about. In health psychology, our interests include people’s health behaviors (the things people do to look after their health) and how people adjust to, cope with and manage long-term physical health conditions. One way of looking after our health is being able to notice changes in our bodies and getting checked out by a medical professional if we spot any unusual or concerning symptoms. If we don’t know our vaginas from our vulvas, and our urinary systems from our reproductive systems, how can we tell when they’re working properly and how do we describe our symptoms when they’re not? Another example of looking after our health is partaking in screening programs like cervical screening, but if we don’t know what a cervix is, it’s unlikely that we’ll feel motivated to attend a screening appointment.

Even for people who know where things are “down there”, embarrassment about saying certain words out loud may prevent them from sharing important symptoms with their doctors. This may result in silent suffering rather than help seeking and being offered useful interventions or simple self-management strategies. There are a multitude of long-term physical health conditions in which people experience symptoms like sexual dysfunction, vaginal dryness, low libido and urinary problems. Despite being some of the most distressing and disruptive symptoms in daily life, they’re often the ones that remain most hidden. Perhaps if we were to educate people about what goes on “downstairs” and open up our dialogue to free the locked words that describe our anatomy, we would feel less embarrassed and ashamed and more supported and confident to speak out loud and proud about our “bits”.

So why not drop your hoo-has and cha-chas and get to know your vaginas and vulvas? Crack out a mirror, have a look at what’s where, check out a diagram and get chatting with your pals. With or without a difference of sex development or a “women’s health” issue, peeking out from behind the curtains of slang terms for our genitals may just result in less shame, more acceptance and freedom to talk about what lies beneath. Let’s not allow our “private parts” to be so private that they’re a mystery even to ourselves!