Learning How to Write 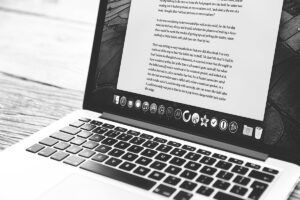 Ever since I was little I hated writing. Grammar rules are a foreign concept to me, coming up with creative ideas was tedious, and making sure everything flowed consistently was one of the most difficult tasks. In 3rd grade, when we had writing activities I would write five amazing sentences and only put one period at the end of all five. My sentences wouldn’t make sense and the entire paragraph would leave the reader confused. As I grew older, I learned the basics of writing but my resentment grew too. In 7th grade, it would take forever to start writing assignments, like research papers, because I wasn’t confident in my writing abilities. Instead, I would put off any assignment to the last minute. I would write and rewrite essays until I had to turn it in, and even then I wasn’t happy with the results.

In 11th grade, I decided to take AP Language and Composition, a writing intensive and generally rigorous course. It was tough in the beginning, but I knew what I was getting into. All the people who took it the year before and said it was a lot of work, but that you get what you put into it. I knew I needed to get better at writing because it is a skill that I would use very frequently in life. I knew my effort would pay off and I would become a better writer and that’s exactly what happened. I became more confident in my writing skills. I won’t lie, it was a struggle. We did a month of grammar rules and we had to write two-page essays every two weeks, but overall it was worth it. I faced a fear that I had since I was a third grader and it proved to me that I was more capable than I knew and that I could accomplish anything as long as I put my mind to it.