What is happening in Iran: Women’s Rights Crisis 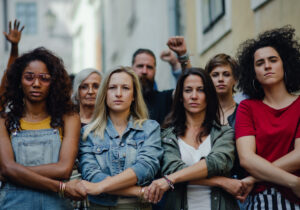 The Gashte Ershad, also known as the morality police, enforces Iran’s hijab laws, which require all women over the age of nine to cover their hair with a hijab and hide their figure by wearing loose-fitting clothes. On Sept. 13, a 22- year old Iranian woman visiting Tehran, Iran was detained and beaten by morality police over allegations of violating Iran’s hijab laws. Mahsa Amini, a Kurdish Iranian who had apparently revealed some of her hair, died on Sept. 16, after three days in a coma.

Amini’s death sparked outrage among Persians in Iran and overseas. The anger erupted into massive anti-government protests in Iran and the Iranian regime, currently led by an ailing Ayatollah Ali Khamenei, who has tried clamping down on Internet access as well. Many of the widespread protests have included women removing the head coverings mandated by Iran’s conservative government—that the country has seen since the Green Movement of 2009.

Before the Islamic Revolution in 1979, women had the freedom to wear hijabs or not; but after the Islamic Regime took power, oppressive laws were put into place — including the hijab rule and lowering the legal age of marriage for girls to nine. Since then, women have faced staggering inequity around politics, marriage, child custody, divorce, citizenship, inheritance, travel, and more. Today, women are leading demonstrations seeking women’s rights and freedom.