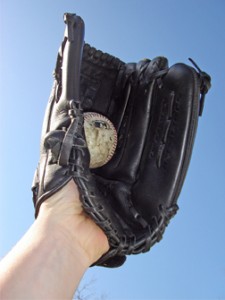 Every summer since 2004, the Boston Red Sox have sent a group of American teenagers to the Dominican Republic (DR). American participants in the program meet up with teens that live in the DR, and get together to form one international team that completes community service projects and plays baseball. This summer, I was one of the nine Americans that had the chance to participate in the Lindos Suenos Program.

Traveling to a foreign country can be a strange experience, and going with a group of people you don’t know can be even stranger. After just one meeting at Fenway Park, our group met at Logan Airport to leave for the DR. We sat at the gate and tried to get to know each other better. Our experiences over the next week would bring us close together, as if we were a family.

The day after we landed in Santo Domingo, we visited Nuestros Pequenos Hermanos, the orphanage where we would work on our community service projects. Then we spent some time at the Red Sox Dominican Academy, where we had our first practice as a team. Seeing the kids at the orphanage for the first time was the highlight of our day, and we all looked forward to working hard to help improve their baseball field over the course of the next week. Our team practice also went well. It was obvious that we had the talent and the work ethic to have a successful week in the Dominican.

The next day, we began work at the orphanage. Our tasks included laying grass along the foul territory, painting the concrete benches and backstop, fixing up the infield with specialized baseball dirt, and patching holes in the outfield grass. We worked hard as a team, and by the end of first day we had nearly finished laying the grass. We wrapped up around noon, and everyone was exhausted. After a nap on the bus and a hearty lunch at the academy, we played our first baseball game against a youth team from Santo Domingo. We won the game after seven exciting innings, and the win inspired us to work even harder at the orphanage.

Resurfacing the infield in the heat and humidity was intense, yet there was always something that kept us going, despite the hard physical labor. We were motivated by the kids at the orphanage, knowing that we were building the field for them. Also, we all realized what a large role baseball had played in our own lives, and to help build a baseball field for young kids made us feel that we were really doing something worthwhile.

In the days that followed, while we weren’t busy working, we were busy playing baseball. On non-game days we would practice at the Academy, usually getting helpful tips from our team manager and Academy director, both of whom had pro-baseball experience. It was a privilege and honor to be working with a talented coaching staff, and we considered our time at the Academy an awesome reward for our hard work at the orphanage.

The last two days of the trip were probably the most rewarding. The day after we finished work at the orphanage, we participated in a baseball tournament against other teams from the Dominican Republic. In our first game, we lost to a strong team from El Mamon.

Following the loss, our team visited their village, located just minutes away from the Academy. We saw the poor area that the El Mamon team came from, and with the little village kids who ran around with bare feet and were content with their simple lives in El Mamon. The thing that struck us the most was the happiness of the village, despite the incredibly poor conditions. Nearly everyone we saw had a bright smile on their face. This visit changed our whole perspective on playing against the team from El Mamon. Understanding their background helped us appreciate their baseball talent even more, and maybe even made us feel a little bit better about losing to them.

The next morning we woke up, and after an early breakfast, we went straight to the orphanage for a day of fun and games. After working so hard all week, nothing was better than spending a day playing and spending time with the kids. Looking around the orphanage, every single person there was happy.  The kids were delighted by the excitement we had brought, and we were elated to bring them such pure joy. At the end of the day as we were leaving the orphanage gates, the sides of the bus were crowded with children waving goodbye to us. That day ranked as one of the top moments of our trip.

Although we were all sad to be leaving the Dominican Republic, many of us were anxious to get back home. Our time abroad was a truly incredible experience. We got a chance to spend time immersed in a culture completely different from our own, but at the same time we were able to play the game that is such a big part of our own culture. Our trip to the Dominican was a once in a lifetime opportunity, and we left forever changed by our incredible trip.