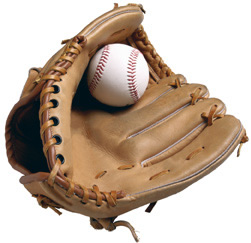 While some basketball and hockey teams are continuing their seasons in playoff action, many sports fans are excited by the beginning of the baseball season. Whether you play the game yourself, or have a favorite team, the spring is a great time to enjoy baseball. Nothing beats a night at the ballpark, or just catching a game on TV or the radio. By the time football gets going in September, baseball teams will be in the playoffs, and then the World Series.

For me, baseball is the best. No other sport is as exciting, or values both mental strategy and a broad range of physical talent. While some may call baseball “boring”, it’s truly far from that. Game-changing home runs, spectacular defensive plays, and amazing pitching are just some of the things that happen in nearly every game.

But enough about how great baseball is. Since this is primarily a health blog, I thought it would be a good idea to list some tips on how to keep yourself healthy while either watching or playing baseball.