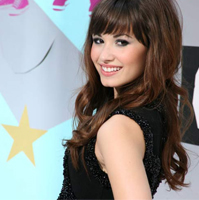 Demi Lovato (a famous Disney star) dropped out of her tour with The Jonas Brothers this week. Demi’s representative said that she left the tour to seek medical treatment for physical and emotional issues. There are many rumors as to what these issues could be, and some sources say that her problems may have been going on for a while. According to reports in the media, Demi has dealt with an eating disorder and has been cutting. Demi herself has been open about the fact that she was bullied in middle school and passionately supports antibullying campaigns. What’s going on with Demi just shows us that beautiful, young, famous women encounter the same problems as the average girl. They feel self-conscious about their weight, and they also get depressed.

Another rumor is that Demi’s decision to leave her tour was triggered by her break up with Joe Jonas. Demi regrets publicly announcing that she was in a relationship with Joe Jonas because she felt embarrassed when they broke up a couple months later. To top it off, she was stuck on tour with her ex and his new girlfriend. Demi has already had a history with low-self esteem and depression, so it’s not surprising that she fell into a depression again after breaking up with her first love and constantly seeing him with his new girlfriend. Girls, we all know that that would be hard – if not impossible. After a breakup, girls tend to trash-talk their exes and are able to cry on their friends shoulders. However, Demi was unable to do that. She had to be strong and smile for the camera – no matter how sad and hurt she was feeling. That in itself was probably too much to handle.

Remember, anyone can become depressed and have self-esteem issues, regardless of how pretty or famous they are.

If you think you’re depressed it’s important to talk with someone qualified to help you. A trusted adult such as a parent/guardian, a teacher, guidance counselor, nurse, doctor, or clergy person can help you find the right counselor. You’ll need to get help right away if you think that you might hurt yourself. Tell someone who can help keep you safe, or you can always go to an emergency room.

Tagged with: Anti-Bullying, Breaking Up