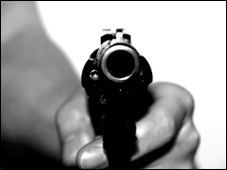 I recently spoke to my mom and she told me that somebody was shot dead near our house. This death marks the fifth death in the last month in the same neighborhood. When my mother first told me about this, I was like – Mom, this is nothing new – there’s a reason why Mattapan got the nickname “Murderpan”. Often times, you might think that if you don’t know the person then a murder doesn’t affect you. However, would you feel safe in an environment where so many people have been killed? I understand that most of these murders occur because of a conflict, but that doesn’t mean that a stray bullet can’t hit you. I’m not saying that it will, but it could happen, which is why you should try your best to stay safe. For example; don’t walk by yourself at night.

An increase in violence in your neighborhood can subconsciously change how safe you feel. For example, in 2006, I stayed on campus at Harvard Square and I honestly felt like I could walk around with my iPod visible and it would be okay. I felt safe. I thought – “I’m at Harvard, I’m not in the hood, people don’t steal here”. I was in the same program for four years, and after the second year I started hearing comments about how people were robbed and attacked in Harvard Square. Now, I think twice before pulling out my iPod. I don’t feel as safe. I no longer think “I’m at Harvard and people won’t rob me here”. The reality is that wherever you are, you have to take safety precautions because you don’t know the people around you and you don’t know what they are capable of doing. Figuring out what to wear to school and what style shoes you should buy is important, but staying safe is too – or how do you expect to rock your new outfit? For more tips on how to stay safe, take a look at our guide to safety on the streets.