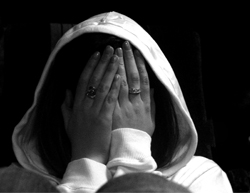 Like I told you a couple months ago, one of my really good guy friends passed away. This was really hard for me. I had lost other people in the past, but I was too young to be affected by it. So, I didn’t know how to cope with this loss – it was an overwhelming feeling. I felt helpless because I couldn’t do anything to change the fact that he is no longer alive.

However, I wrote him letters all the time and it honestly made me feel better. I was able to say everything I wanted to say and I’m sure he listened. I always asked him to let me say a last goodbye and give him one last hug since it had been a while since we last saw each other before he died.

Guess what? A couple days ago, I had a dream about him. I told him I didn’t want him to die and he just hugged me. I woke up happy. I felt like this was my friend giving me the last hug I asked for. I don’t know if this could happen to everyone, but I found that writing helped me cope with my loss. I wrote until I had nothing else to say. I repeated things and knew it didn’t matter because friends don’t get tired of hearing how much you care for them and miss them. I also found that music helped me. I would listen to songs and smile as they reminded me of him. I cried, but that was alright because holding back the tears hurts a lot more.

Trust me; I know that there aren’t any words that anyone could say that will make the pain go away, but there might be things you could do to lessen the pain and avoid falling into a depression. Take a look at our guide on coping with loss for helpful suggestions.