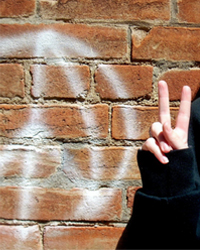 Recently, the lives of three young men were taken in Jamaica Plain due to the violence in the city. I don’t know the reason why shooters decided to kill, but honestly I don’t think that there is a valid reason to take someone’s life. It’s time for us to do something! It’s time that we try to help young people understand that life is priceless; that instead of causing pain to the person they killed, they are causing pain to the family and friends of that person and to themselves. The person that died no longer feels, but the people that are left behind mourn and suffer.

The people that kill also hurt themselves because if caught, they are condemning themselves to several years behind bars. One life doesn’t replace another life. Nevertheless, when someone dies there are people that want to avenge that death by killing the murderer or the killer’s friend/relative. Perhaps, in that instant they feel satisfaction because they retaliated, but in truth they just inflicted more pain on more people and for what? Their friend is still dead.

I’m no one to judge, but I can try to change things for the better. I can try to get rid of, or at least minimize violence so that we are not afraid to go out for a walk or go out to eat. The Hispanics of Boston are interested in starting a peace walk and I plan to be a part of this event. We believe that we need to unite in order to create a bigger change. The date of the peace walk is still in the planning stages but I will keep you posted, in case you decide to join the cause.