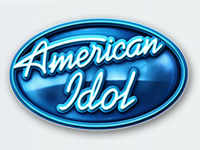 Did you hear about what happened with the American Idol fan? Recently I read about 19-year-old Ashley Kauffman who bought tickets (along with some of her friends) to see a taping of American Idol. Ashley and her friends were excited because they arrived at the American Idol set early enough to get front row seats – or so they thought. However, according to a variety of media sources, when Ashley and her friends went to take their seats, Ashley was told that she couldn’t sit in the front row and that she and two of her friends had to sit further back. Apparently, American Idol claimed that it had to do with seating arrangements, but Ashley said that she felt the real reason was because of her weight – that she’s “too heavy”. I feel like any other person would see this as an excuse for a law suit, but Ashley said that she’s only looking for an apology. She doesn’t want to see this happen to another girl.

Self-esteem plays a big role in our lives, and has a lot to do with the way Ashley handled this situation. Although she didn’t come out and say “I have high self-esteem”, it appears that she does. She says that the American Idol usher commented on her weight and looked at her like she was fat and disgusting and then explained that she couldn’t sit in the front row. Ashley doesn’t agree with his comments – she accepts her looks. She also seems to have a strong sense of who she is and didn’t seem to internalize the negative remarks that were made towards her. I believe that’s why she was able to handle the mean comments.

This American Idol fan isn’t looking for fame or monetary compensation. She simply wants an apology and hopes that there isn’t a “next girl”. I believe that Ashley deserves that apology, and honestly, I think that it should be on TV as well, considering that so many people have heard about this incident.