You Can’t Change Someone 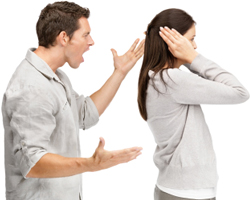 I was looking through my pictures the other day and I happened to notice how much I’ve changed. I think that without the photos the differences wouldn’t have been as clear. Little by little we all change every day, but because the differences are so small we don’t really notice them. The changes don’t have to be drastic such as changing your friends or your ideals. For instance, while looking through the pictures I noticed that my hair color and length has changed throughout the years, and so has the way I dress. Granted, this is completely different than changing your personality, interests, and beliefs, but it still gives me hope that change is possible.

I used to think that if I tried hard enough I could change someone else. I learned the hard way that it’s just not possible. People can change, but only if they want to. I wanted to change my hair color and I wanted to dress differently – I didn’t do it because someone else wanted me to. I did it because I was ready for a change.

A lot of people in relationships try to change their partner. I’m guilty of this even though I know it’s wrong. It’s hard not to try though, especially if you truly believe that if your partner changed they would be “perfect”. However, that’s selfish, because the reason you’d want them to change is to benefit you. If your partner or friend changes just to please you and doesn’t see any benefit for themselves, they’re likely to be resentful later and may not actually change. That’s not what you want because then you’ll just get stuck in a vicious cycle in which you think they’re changing, and then you realize they aren’t, so you try to change them again…. and it keeps going and going. This isn’t healthy.

I think that the best thing to do is to talk to your partner about what you want them to change and why. Then, give them the freedom to decide if they want to change and whether they will or not. In return, I think you should ask your partner if there’s anything they want you to change. We often forget to do this, but it shouldn’t get overlooked because it shows that you recognize that you aren’t perfect and may be willing to compromise. If you’re both willing to make changes, your relationship might be saved. If not, I think it might be time to break the cycle and move on.