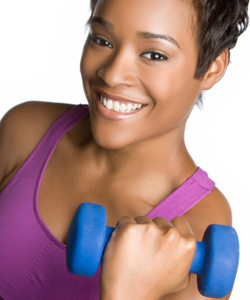 The last few weeks did not go as I hoped. I spent a LOT of time with friends, and you know what that means… eating out and piling on the food.

There was a specific time last week when my friend and I went to Five Guys as a pit-stop after shopping. It was actually my very first time eating there. I wasn’t familiar with the menu but I knew it had a huge reputation for having “the best burgers in town”. Since I knew I couldn’t let one restaurant make-or-break my goal of eating better, I chose a “mini burger” from the menu. When we finally sat down and dug in… OH MY GOSH; it was literally one of the best things I ever ate. I’m not sure what was wrong with me in that moment, or if that burger hypnotized me, but I went up to the register again and ordered a small fry (for my friend and I to share). Well, there goes my diet, I thought.

When we got our second order, I couldn’t believe my eyes: the cashier handed us a medium-sized brown paper bag (the ones that people use to place their homemade school lunch in), and the bag was FILLED to the very top with fries. We were both laughing in shock. I thought they made a mistake with our order; didn’t I say one order of small fries? Why would they sell this to us?! Why would they sell this to anyone for that matter?!

There was actually a couple sitting right behind us that ordered a large fry, and the sight of it made me so speechless that I don’t think I can even re-tell what I saw. We ended up literally forcing ourselves to eat them. We could only eat about a quarter of the bag of fries. My friend ended up stuffing the rest in her purse (haha) to bring home.

I’m actually looking up the nutritional facts of Five Guys as I’m writing this. Turns out, I consumed approximately 1170 calories in less than 30 minutes; 550 from the cheeseburger (NOT including the multiple toppings I put on it), and 620 from the fries. The realization of the ridiculous amounts of fat, sodium, cholesterol, and calories that I consumed made me want to work even harder at eating healthier. I will not be ordering anything like THAT for a long time.