How Old to Vote? 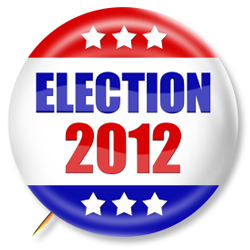 The 2012 presidential election is almost underway. Unfortunately, if you’re not at least 18 years of age, voting at the polls is a far-away dream. My question is; should teens under the age of eighteen years be allowed to vote?

Voting gives people a loud and clear voice in government. It gives us a chance to determine the best fit for the beloved U-S-of-A on topics ranging from health care to foreign policy. Many people think that teens aren’t experienced enough or sufficiently educated to vote on something as big as electing a president. However, when you think about it, by the age of sixteen, teens actually have a lot on their plate.

By age sixteen, many teens have a paying job. It might be for only a couple of hours a week, but they’re doing their part and paying taxes, just like everyone else. In fact, according to the National Youth Rights Association, “80 percent of high school students work at some point before graduation”. They also pay sales tax when they buy items such as an iPhone or a pair of sneakers.

Even if a teen doesn’t have a paid job, they likely have many responsibilities at home such as washing the dishes, helping care for their siblings, mowing the lawn, cooking, and the list goes on! Sixteen also just happens to be the legal age to get a learner’s permit. Driving on the road is a huge step and requires you to be mature and mindful. With all this responsibility, who says teens aren’t ready to vote?

I think most teenagers have an opinion about politics. In fact, most of the issues that candidates talk about actually apply directly to teens! Shouldn’t teens then have a say about their future? With all the information discussed in school as well as news, I think teens have more than enough information to go to the polls and vote. The way I look at it is, every vote counts!