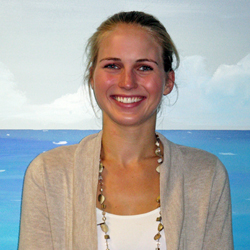 First of all, what does it mean to “major” in something? It basically means choosing the area you’re going to focus your studies on. For example: liberal arts or general studies, business, psychology, technology, criminal justice, nursing, etc. It depends on where you go to college, but most schools have a variety of class requirements outside of your major classes. Say you major in business… you’ll take mostly business classes, but you’ll also likely have some additional requirements, such as an English course, a history/social science course, and a writing course.

My main advice for choosing a major is to pick something you’re interested in! If you love science, there are many options to choose from (biology, chemistry, marine biology, neuroscience…) it just depends on what your college offers. The same goes for business, communications (such as TV production, advertising…), math, fine arts majors, etc.

When I chose my major I also considered what would give me the most options career-wise. I made a distinction between what I’m interested in as a hobby and what I would like to pursue for a career. I know it seems almost crazy to think about careers now, but it’s never too early to start brainstorming.

That being said, tons of people have jobs in fields that they had never even heard of in college. What you major in doesn’t necessarily determine what field you’ll work in or where you’ll work, for that matter. However, for some careers, your major is important (pre-med, pre-law, nursing, and engineering, just to name a few).

The factors I considered when I chose what to major in were: