What’s Alcohol Got to Do With It? 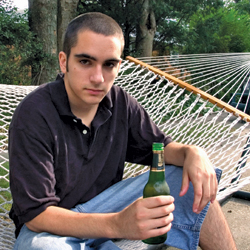 Although many teens are aware of the legal drinking age and the consequences of consuming alcohol, most don’t seem to be a phased by television shows and movies that display scenes of underage drinking. In fact, if a show is about teens, drinking is almost always involved. I just think that if teens see this behavior over and over again on the screen, they’ll think its “normal” to drink at parties and at other social events.

An even bigger question is: Where is the fine line when teenage drinking becomes alcohol abuse? Alcohol abuse can have dangerous effects on your body at any age, but the impact to teens is huge. When you’re a teen your brain is still developing and too much alcohol consumption can interfere with important brain functions as well as put you at a greater risk for developing anxiety and/or depression. Research has shown that teens who drink before the age of 15 are four times more likely to become dependent on alcohol than individuals who start drinking at the legal age of 21. Alcohol is usually thought of as a depressant due to its ability to slow down the body’s vital functions including coordination, rational thinking, and judgment. People who depend on alcohol lack control, and that is a skill that girls and guys are developing during their teen years.

Alcohol can consume your life and put you in a dark place. Before you know it, you won’t be able to have a good time when you’re out with friends if you don’t have a couple of drinks. I feel like alcohol shouldn’t be used as a way to deal with problems. If you’re feeling like you “need” alcohol to have a good time, you may be dependent on it. Don’t think alcohol will take your problems away, instead, talk to a parent or trusted adult.