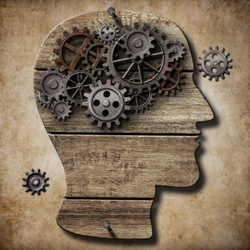 I’m currently taking a very interesting mental health class. The other day we had a panel of four people with mental health disorders. It was a real eye-opener, because they didn’t appear to have one. As humans, we’re quick to judge and jump to conclusions about many things; mental illness being one of them. The panel consisted of two men and two women who had either bipolar disorder or schizophrenia. It was interesting, because although there were two people on the panel with the same disorder they both had very different presentations. They had different experiences with their illness, different levels of support, and different interactions with the health care system. I’ve learned that we shouldn’t make generalizations about people diagnosed with mental health disorders, because no two people are exactly the same.

It’s sad, but I used to assume that someone capable of killing a group of people had to have a mental health illness. However, that’s the consequence of me not knowing enough about mental health problems. This course has challenged my perception of mental health. Now I realize that people aren’t  mentally ill because they want to be, and just because they’re diagnosed with a mental illness doesn’t make necessarily make them “crazy” or “evil.” They can be just as good-hearted as anyone else. Some can be very independent – hold jobs, start a family, etc. and others may not be as high functioning and require more support.

I’m aware that mental health is a topic full of judgments and stigma. However, I would hope that most people are aware that we’re all different, mental health illness or not, right? So, who are we to judge someone with a mental illness? We don’t think of diabetic patients or others with a chronic health problem in that way, so why are we so quick to stigmatize mental health patients?