Reflections from a High School Senior, Class of 2014 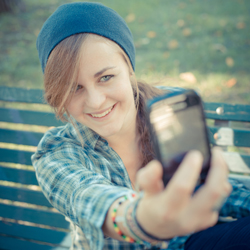 I recently graduated from Boston Latin Academy and I must say, it feels great to be a BLA Alumni. Every graduation ceremony consists of the valedictorian speech, headmaster’s speech, and my favorite (especially this year): our 2014 Class President’s speech. He started off with mentioning that the Oxford Dictionary added the word “Selfie” to the newest addition of the dictionary, and the definition is as follows:

A photograph that one has taken of oneself, typically taken with a smartphone or webcam and uploaded to a social media website.Occasional selfies are acceptable, but posting a new picture of yourself everyday isn’t necessary.

He then took a selfie of the entire class of 2014 on the podium. Although it was a comedic element that he added to his speech, it made me think in depth about the 21st century and what the graduates of this year will be bringing to the world, (as many graduates do).

When I was a 7th grader at BLA, the iPhone didn’t exist. It actually wasn’t introduced until June 29th,, 2007. As of today, it’s considered one of the biggest advancements of the 21st century. The class of 2014 was also part of the Facebook, Twitter, and Instagram era. Today social media is booming more than ever. It’s not only used for social reasons, but companies and corporations use Facebook too.

So I began to wonder…what will society and everyday life will be like when I get out of graduate school, or even in four years when I get out of college? If Apple reached the top as one of the most successful businesses in the world in less than six years, who knows what kind of advancements we will have in the near future. What kind of job opportunities will be available? If everything is electronic and relies on the internet to function, you start to wonder what could possibly replace it…

On May 18th 2014, Michael Jackson’s Hologram was performed at the 2014 Billboard Music Awards with songs from his new album, “XSCAPE”. People are still talking about how great it was to keep his legend alive. As technology advances, not only can holograms be used to honor amazing artists who have passed, but it could help record labels and music managers to double their profits. You could have holograms on tours or even have them at two different venues at the same time! The possibilities are endless.

As a recent graduate I have to say I am extremely anxious about what the 21th century will bring but most of all I cannot wait to be part of the change.