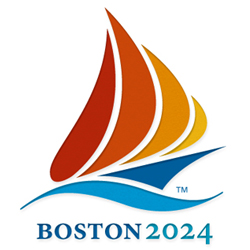 Have you ever watched the Olympics on TV and thought, “I wonder what it would be like to watch the Olympics live”? Well, if you’re living in the US in 2024, you might be able to have that experience without paying thousands of dollars in travel expenses. This year, Boston has made the United States Olympic Committee’s short list of potential host cities for the 2024 Summer Olympics, along with Los Angeles, San Francisco, and Washington D.C.

The USOC (United States Olympic Committee) will spend several months (maybe even years) visiting all of the cities listed above to form relationships and review potential future plans for the Olympics. They need to make sure the cities meet all the needs of the games before deciding whether or not to submit a U.S. city to compete for the 2024 Olympics.

By next year, the USOC will have decided which U.S. city, (if any), will be put forth to compete with bids from all over the world. After that, the International Olympic Committee will select the host city in 2017. If the USOC goes ahead with their plan, the city chosen will find itself in a competitive fight against places such as Paris, Rome, Doha, and Istanbul.

As of now, some people are already against the idea of holding such a big event in Boston. Some believe that there are better ways to invest public resources rather than throwing a “three-week party” for the entertainment of the world. Others believe that it would be better if Boston attempted to run for the Winter Olympics in 2026. Now the possibility of attending such a grand event seems to be somewhat of a reachable dream for many Bostonians. Even though Boston may have made the short list, the road to the Olympics will be a long and challenging process.