Gender Inequality Is Your Issue Too 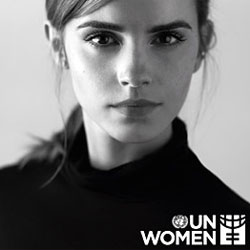 This weekend, Emma Watson delivered a speech to the United Nations to launch a new campaign called HeForShe which aims to include men and boys in the discussion on gender inequality. She focused on a point that often gets neglected in the feminist rhetoric: how are males affected by gender inequality too?

While she bemoaned the fact that at our current rate, it will take 75 years before women are paid as much as men for the same work, she also noted that the leading cause of death in men ages 20-49 in the UK is suicide, a chilling statistic that, Watson said, is likely because men feel “unable to ask for help for fear it would make them less of a man.” She emphasized the importance of providing a secondary education for girls in rural Africa, but also of fathers being valued by society just as much as mothers.

She formally invited men to join the dialogue on gender inequality, and in doing so, doubled the number of people capable of making a change. If you would like to learn more about the HeForShe campaign, visit www.heforshe.org.