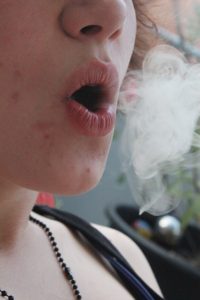 Amy Caruso was 15 years old when she first smoked marijuana. By the time she turned 17 she was using cocaine, ecstasy, and pain killers. She wrote in her diary: “I thought I could get away with just smoking pot in high school and controlling my curiosity for other stuff. But everywhere I go I somehow find the drug crowd… Like I honestly think I can beat my yearning for drugs and   s—.”  At age 20, Amy found her way into rehab. While battling her addictions she continued to find comfort in journaling.  One day she wrote: “I feel like the drugs have taken over my soul. What happened to the strong, motivated young woman I was last spring?… I stand today as heroin’s puppet, feeling as if every fiber in my being is dull, responding only to the stimulation of potential drug use. The disease has a stronghold – a white-knuckled fist, fingernails ripping through my skin, prying deeper and deeper into my body.”

Sadly, after that year, on the day after Christmas 2009, Amy died of an opioid overdose. A post-it note was found after her death that read: “sometimes I want to apologize to the girl I was 10 year ago … for not becoming the girl she dreamed of being 10 years from then.” After Amy died, her mother published her journals* to share her struggle and tragic experience with drugs to help others.

When I read Amy’s journal I felt sad.  As a medical provider I know that this type of death is preventable so why do some teens go down this path? Amy didn’t think that smoking marijuana would be the gateway to cocaine, pain killers, and other drugs and I don’t think the first time she shared a joint she realized that using drugs for just a short amount of time would have serious consequences.

It’s important for you to know that as a teen your brain is still developing. The last area of your brain that develops is the frontal part, which is responsible for impulse control. This means that you may take more risks and may not think about consequences before you act. As a teen, your brain is more vulnerable to all drugs, including nicotine (found in cigarettes), alcohol, marijuana, opioids (heroine, pain killers), LSD, ecstasy and others. Using drugs changes how your brain works. So the earlier you start using drugs, the higher the risk of developing a life-long drug problem. Drugs can affect your memory, which make it difficult to learn. You can also have problems with motor coordination, which increases the risk of accidents. Finally, long term drug use may increase the chance of you dropping out of school, decrease your pleasure in doing things you want or need to do in life and increase the chance of becoming moody, anxious, depressed, or having sleep problems.

If you want to know more about effects of drugs in your brain and want to learn how you can help a friend with drug problems, visit NIDA (National Institute on Druge Abuse) for teens: http://teens.drugabuse.gov/.