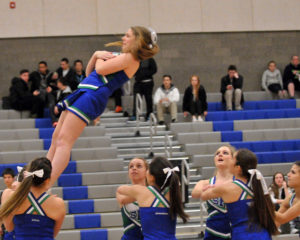 Conflict. Nobody likes it. Nobody wants it. Nobody wants to deal with it. But that isn’t going to stop it. It’s a part of life and is always going to be. It often actually proves to be one of the most difficult parts of life, but certainly not impossible.

As I’m sure many of you are aware, it’s easy for conflict to arise within a sports team. When you have many opinions it can be very difficult to compile everyone’s ideas into one. Last year, I was one of the captains of my high school cheerleading team and we were faced with this seemingly impossible task. One of our teammates broke her ankle and as a team, we had to completely fix our competition routine in order to accommodate for losing her.

Nobody ever wants to be put into a situation that could possibly pose as a threat to either their own emotional health or the relationship between them and someone close to them, but sometimes being passive isn’t always the best thing to do. The most important thing that we had to keep in mind was to respect one another and their opinions. We had to make sure everyone felt as though they were being heard and consider all ideas that were suggested.  We were a team after all, and it wasn’t going to work unless we all worked together.

The predicament was not easy and it took countless hours of extra work put in by not only the captains, but by the entire team. It took lots of suggestions and compromise as well as tons and tons of emotion from a group of 16 girls, but we made it! It was not easy and there were many times when we all felt like throwing in the towel, but we had our teammates there to pick each other up when we fell and to force us to keep going.

Conflict is never easy, but that doesn’t mean it’s impossible. With a little determination and a whole lot of support, just about anything is possible.