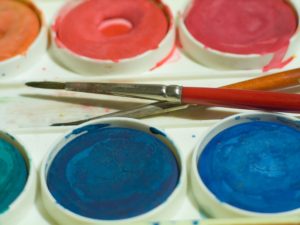 “Did you catch the game last night?” If you’re a guy that’s a common question with a common answer, however for many young men, sports just aren’t all that they’re hyped up to be. Despite what you might think, not all young men spend hours watching sports highlights or devote their after school hours practicing on a field. Yet, that isn’t what our culture would have us believe.

We see the guys who are obsessed with sports are usually the ones with the crowd of friends, both on and off the field. We see that and think in order to be a well-liked guy—or even, in some extremes, to just be a man—guys have to be interested in sports. How do you deal with a misconception like that? First, you break it down and begin with the simple fact that men are complicated. You probably hear that about women all the time but never about men, right? But men are complicated in the sense that not every guy is exactly the same. They are all different, and unique. Therefore, some guys like sports and some like music and some like engineering and some like a little bit of everything. Just because a guy has a different interest, it doesn’t make him less of a man.

If you happen to be the guy that likes “art” for example, you’re not alone. Plenty of guys love art! In fact many of the world’s greatest artists are men. If you prefer art over sports, consider checking out a local art museum or take an art class at school. If you’re doing what you enjoy, you will find others who are doing the similar things. Your crowd of friends might not all be wearing the same uniform but you can be just as close and have just as much fun.