V is not just for Vagina 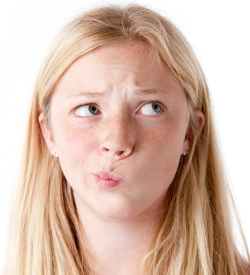 I don’t know how many people can remember being potty trained. I don’t really remember it all too well. But I’ve had lots of younger siblings, and cousins who have been potty trained at a time when I was old enough to realize what was going on. I’ve learned that part of this process is explaining to children that boys and girls are in fact different “down there.” Boys have a penis, and girls have a vagina. I’m sure many have heard this before. This explanation is an attempt to help young kids understand their differences but in reality, this statement is incomplete, and fails to acknowledge very important anatomy.

Let’s take females for example. Typically, females have a vagina, but this organ is completely internal. The only part of the vagina that can be seen from outside the body is its opening. The area “down there” that can be seen while looking in the mirror is actually called the vulva. The vulva is made up of many different parts: the pubic mound, labia, clitoris, and the openings to the urethra and the vagina. Even though girls usually have all of the same organs, it’s important to remember that everyone looks a little different, and the vulvar area is no exception!

The public mound is the fleshy area above your private parts where hair grows. Some people have lots of pubic hair and some people don’t. Some pubic hair grows in thick and some is very fine. The labia are the two flaps of skin, one either side of the opening to the vagina, sometimes called “lips”. They come in varying sizes and colors. Sometimes one is a little bigger than the other. Sometimes one is a lot bigger than the other. There’s a lot of potential variation all of which is totally normal.

The most important thing to remember is that knowing your body when it is healthy allows you to notice when something is different. Knowing exactly what body part you are having a problem with will make it easier for you to explain any issues that may come up to your health care provider. That way you can get treatment as quickly as possible.

Think of it this way—if you were having pain in your wrist, but told your doctor you thought it was your elbow, it would take a lot longer to figure out exactly what was wrong. This is similar to someone saying that their vagina hurts, when they are actually having an issue with their labia. We all have the opportunity to take an active role in our own health, and the more you know the better off you are.