Whoa. Did I Really Just Eat 4 Servings of Pop-Tarts? 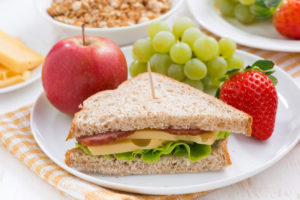 I used to be your typical health hater.

“I just say NO to exercise!”

I thought that I was just fine. I ate fruits, I took my multivitamins, and I figured that the occasional binge wasn’t too terrible. After all, I still had a healthy glow, right? Yet, my healthcare provider kept telling me that I was eating terribly, did close to no physical activity, and that if I didn’t change something there would be terrible consequences. So, for a while, I obsessed over what I ate. I counted every calorie that I put into my mouth and made sure that I ran around my neighborhood for at least an hour, but it was so difficult that I couldn’t stick with that plan for long. Consequently, I went back to my old eating habits of snacking whenever I was bored. However, I began to worry about my health, about the unhealthy future that my healthcare provider had predicted for me.

A few weeks ago, my office provided training on nutrition. By this point, I knew how to read food labels, and I knew how many calories I needed, but I was clueless as to how to apply any of it. I tried to learn, but the internet didn’t provide me with any hands on knowledge. For the first time since I was ten, I learned what a portion was supposed to look like, and I could actually understand it now since I wasn’t a child anymore. It was helpful for me to see that some of the things that I thought were unhealthy for me, like sodium and carbs, were actually necessary for my body (in moderation, of course).  Nevertheless, I was still skeptical about the whole idea of eating healthy. It sounded great in theory, but that didn’t change the fact that I hated vegetables and couldn’t find it in myself to say no to my favorite dessert.

That’s where my sister came in. She had recently moved to a different state, and she invited me to come visit her over vacation. To be honest, I was a bit scared. She was constantly talking about her new eating lifestyle, and it didn’t seem very appetizing to me: lots of vegetables and weird meats. But I accepted, because I wanted to see her.

Dinner my first night at her place was along the lines of what I had expected: cooked, seasoned kale, sweet potatoes, and sausage (or so I thought until she revealed later that the meat was actually chicken gizzards). It was so good that I asked for seconds, along with the recipe. Every meal I ate that week had at least two servings of fruits or vegetables, but everything was so delicious that I couldn’t complain at all. It was as if a whole new world of food had been opened to me. We walked around a lot during that week, but I didn’t get tired at all because it didn’t feel like I was doing a workout. It felt like I was having fun. There were more benefits too. By the end of the week, my skin cleared up and I felt much more awake, despite getting the same amount of sleep.

There isn’t really any secret to it. So often, when we think of being healthy, we think of diets, bland salads and long workouts at a gym. But it’s not. It’s about finding fruits and vegetables that you enjoy, made in such a way that you prefer it to the unhealthy alternatives. It’s listening to your body when it says that it’s full or hungry. It’s taking a long walk (or a few short ones) through the neighborhood on a beautiful spring evening. It’s making sure that your beautiful self is at its best. Food isn’t a punishment or a reward, and it’s okay if you eat something unhealthy every once in a while. As long as you take care of yourself, and realize that you look great no matter what, then that’s all that matters.