Thankful for Being a “90s Baby” 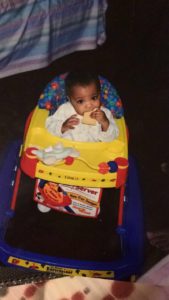 I am a “90s baby”, which is a slang term that defines kids born after 1990 but before the year 2000. I was born in September of 1999, so I just made the cut to be technically qualified as a “90s baby.” I grew up during a time before everybody had a cell phone. There was no Facebook, Instagram, or Twitter. There was only the paint software on our home computer. I got to make colorful shapes and designs to print out and give to my mom so that she could hang them on the refrigerator door. Sometimes I spent my free time watching television. This was back when Disney channel and Nickelodeon played their classics like That’s So Raven and Rugrats.

The reason I like to categorize myself as a “90s baby” is because we are known as the last generation of kids to grow up without having social media. This meant we had more time to do other things. As a kid I always liked to read. I remember loving to go to the hospital for my yearly physicals, because I was always encouraged to pick a book from the book shelf on my way out. I spent my time getting myself into messy situations with Junie B Jones, and exploring the world with Jack and Annie from The Magic Tree House. I also spent a lot of my time riding my bike to the playground in my neighborhood.  I would spend all day swinging, sliding, and playing in the sandbox.

Now I don’t have much time to read or go to the park. Like many other young women my age, I would prefer to read through my twitter feed or scroll through pics on my Instagram timeline. Every now and then I see younger kids with their eyes glued to their phones and it makes me sad to think that they didn’t have the chance to grow up without social media.

Whenever I pass by my local park, it’s never as busy as it used to be. There aren’t any more lines to get on the swings or slides. It is mostly filled with small kids who look too young to read. I am very thankful for being a “90s baby”, and having chance to experience the world before social media took over my life.