Getting Ready to Vote 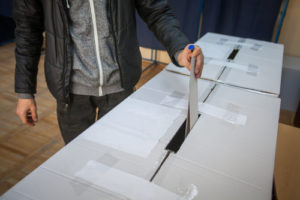 Do you feel like you’re missing out because you can’t vote during election season? If you’re 16 or 17 and live in Massachusetts, you are in luck because you can pre-register to vote so you can cast a ballot when you turn 18! Now you might ask why voting is important, which is a completely valid question, so let me explain why. Our government is run by elected officials who focus on important issues such as health care and education. However, people like you and I need to get involved so we have a voice in how we want our government to function. Once you’re registered, there’s so much you can vote for, other than a president, such your stance on gun control, political term limits, abortion, welfare drug testing, and other issues that affect our society today. The more people that vote, the more our democracy is represented!

Back in 2014, Governor Deval Patrick signed the election reform law (that became effective in 2016,) designed to make voting more accessible and easier for people to register to vote. While signing the bill, he stated “Whenever we have a law that expands access to the ballot and makes it easier for people to register and to vote, it makes our democracy better.” In addition to address early voting, the law also granted 16 and 17 year-olds the opportunity to pre-register to vote. Now, let’s get you pre-registered!

To pre-register online you must have a driver’s license or a state ID to confirm your age. You can also print a voter registration form and fill it out accordingly. Stick a postage stamp on it then mail it to your local election office. You can even go to our local election office and fill out the form there so you don’t have to even worry about a stamp. They’ll mail it for you!

Some questions that appear on the voter registration form pertain to your political party (but if you are unsure, you can leave that blank), your social security number (make sure you have that handy), and your current address. It doesn’t take a long time to fill out the form and it will save you the trouble when you turn 18. Pre registering to vote is available in the following 14 states: California, Colorado, Delaware, Florida, Hawaii, Louisiana, Maine, Maryland, Massachusetts, New Jersey, North Carolina, Oregon, Rhode Island, and Utah! Please refer to your own state’s ruling for more information. This is your world, shape it or someone else will!