From Putrid to Proud 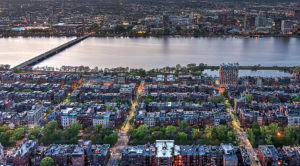 The Charles River has been a popular tourist spot in Boston for years, decades, even centuries. But for most of its existence after Boston’s founding, the Charles River has been dangerous and polluted. Even after a large movement to clean the river helped clear out most of its pollutants, a stigma remained. After I had decided to join the rowing team at my school, my parents told me a lot of stories to keep me out of the river. My dad in particular told me about stories of people falling into the river then having to get tetanus shots. As recently as 1995, people seemed to think the Charles River was more like a toxic waste dump than a body of water. So, what changed? What turned the river into a dump and what cleaned it up?

The pollution of the Charles River began not long after being settled by the Europeans, with the river being seen as a natural deposit for waste. The creation of sewers in Boston dumping directly into the river and the growing industry in the city led to the Charles River becoming one of the dirtiest major rivers in the United States. There was no sort of waste treatment until the 1950s in its 300-year history in Boston. Now you can see why my parents were concerned! But there’s a happy ending to this story. It starts in 1995, with the Charles River getting its first report card from the Environment Protection Agency (EPA). It earned a D.

With this report card came a wave of criticism asking for the EPA and the government to step up their game and clean up the River; many people were awakened to the fact that one of Boston’s proudest landmarks was actually a cesspool of bacteria and toxins. After this push for change, The Charles River Watershed Foundation was formed, with the sole purpose of cleaning up the Charles River and making it safe for activities. And now, after over 2 decades of work, the Charles River might soon be opened up to beaches and swimming events. Already, the City Splash has been going on since 2017. There is also a push for a swim park to be developed at North Point Park on the Charles River, which would allow people to swim in the Charles for the entire summer! A lot of hard work and effort managed to get the Charles to where it is today:  we can now swim in 53% of it, and boat in 92%. It’s a big difference from the old days, when a dip would likely require a doctor’s visit.

The Charles River cleanup is a massive success story…not just for Boston, but for America as a whole. Bostonians spoke up on what they were concerned about, and the government put in reforms and laws to allow the people to make a change. It goes to show that when the system works, it works well. And nowadays when people find it increasingly difficult to agree with the government about certain things, it’s nice to have a testament to the success of cooperation right in your backyard!