A Journey of Courage – Changing Your Gender 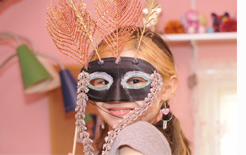 I recently read two articles on the Children’s Hospital Boston “Thrive” blog, and was very touched by them. The articles were about a set of identical twins; one of whom is now transgender. Ryan (who now goes by the name Sylvia) has had a very hard time growing up as a biological male, knowing deep down that she was meant to be a female. She has endured parents who were initially in denial, and peers who didn’t want to accept her lifestyle.

Imagine living in a world where you felt like no one heard your cries, and no one understood at all what you were going through. I can envision that this is how Sylvia felt. Unlike some transgender cases, there was no traumatic event that made her realize her true self, there was no sudden change in attitude, and there was no one who told her that she was better off as a female. Sylvia was born as a male, but she immediately felt that she was destined to be a female. While her twin brother played with race cars and action figures, Sylvia wanted to play with Barbie dolls. This is something that she’d always felt, and nobody has the right to tell her that she’s wrong to feel deep down that she was born with the wrong sex.

Her father’s narrative (which you can read here) also really touched me. He admits that at first, the transition was very hard for him, and he couldn’t help but initially deny it. This is a problem that our society faces today. There is a stereotype about how men are supposed to act; they’re supposed to be the heads of households, the tough guys, and the emotionless. If you’re just a little bit outside the box, you’re seen as effeminate and not a good representation of a man.

This isn’t something that we can blame either on youth or adults, because a lot of them were raised in households where you had to act “hard”. I know some boys in my family that would not dare come home after they had been beaten up or bullied, and if they did, they would have to endure another beating from their father. So I can picture what Sylvia’s father was going through when he first found out that his beloved son hated his sex. It wasn’t hard to believe that Sylvia and her family had to relocate due to the harsh bullying that she was facing every day.

We live in a world that can sometimes be cruel, and it’s hard for people to understand that not everybody is going to live up to societies expectations. Who’s to say that “society” is right? Who’s to say that there’s something wrong with Sylvia because she’s not comfortable with the gender she was born as? It’s like trying on two pairs of shoes and asking people for their opinion. Most people will steer you one way, and even though you really like the other pair, you’ll probably to buy the ones that the majority like, in fear that you will be chastised.

I commend Sylvia for going with what she felt was right instead of doing what everybody wanted her to do. That was extremely courageous of her, and the people who bullied her should actually be commending her. The only thing that you are proving by bullying someone is that you are insecure with yourself. I also commend her father for staying by her side and supporting her with her decision to change her sex. I think that everybody should read her story, as well as her fathers essay. We all should learn a lesson from Sylvia.