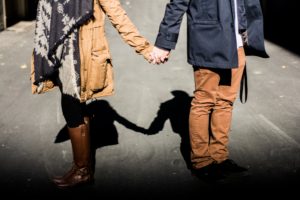 In most states, the age of consent is sixteen, although it varies from 16-18 throughout all the 50 states. Knowing the age of consent in your state is very important, and more so is knowing what consent means. Age of consent in particular is the legal age you are allowed to provide sexual consent to a partner. Any younger than that, and the law will persecute your partner for statutory rape (sexual intercourse with a minor). Why is this something you should know? Whether you are sexually active or not, it is important to learn about how you play a role in building a “consent culture.” You may have heard the term “rape culture” which is based in gender inequality. It is an environment in which rape is prevalent and in which sexual violence against women is normalized and excused in the media and popular culture. In a rape culture, women perceive a continuum of threatened violence that ranges from sexual remarks to sexual touching to rape itself. A rape culture condones physical and emotional terrorism against women as the norm.

An example of rape culture is happening right now through popular media. In case you haven’t seen it everywhere on Facebook, Twitter, or the news, here is a short summary: Brock Turner, 19, swimmer at Stanford, raped a woman while she was unconscious. The maximum sentence can be up to 14 years in prison, but Turner only got 6 months, 3 months if he is on good behavior. The judge claimed that a longer sentence could limit his opportunities as a college student and athlete with hopes of competing in the Olympics. How could this be fair, especially to the woman whose life was significantly altered by Turner’s actions? What about her life? I am appalled that the victim’s future was not considered in the ruling. And that is how rape culture is promoted: that rape can be excused, that the aggressor turns into the victim, and that the actual victim is left behind.

Many girls, boys, women and men do not know that situations like this exist. I certainly didn’t until I got to college. It was there that I learned about the first step to changing rape culture to a consent culture, a culture where consent is celebrated and women hold power of their bodies in their hands. It is also about a culture where women are aware of what these two concepts are, how to talk about them, and how to take action to change them for the better.

A lot of this discussion is complex, frustrating, and confusing, but there are some important takeaways: