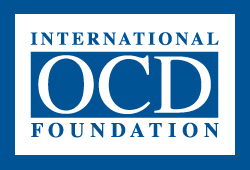 Obsessive Compulsive Disorder (OCD) is a widely misunderstood disorder that can be hard to diagnose. My freshman year of high school was a difficult time for me because I was unaware that I had OCD. In middle school, I was an honor student, but when I entered high school I began to struggle academically. In the fall, I began to stay up later and later at night because I was unable to focus and finish my homework. I began doing certain rituals such as reading the same lines in textbooks. I obsessed over small things like the quality of my writing, and I would often have to rewrite words and sentences many times over. Initially, I thought I was just having trouble adjusting to the atmosphere of high school, but as freshman year went on it only got worse. I started having to do math problems three times over even if my answer was correct the first time. Small homework assignments became long arduous tasks and sometimes took me hours to complete. Studying was extremely difficult because I had so many things rushing through my head all at once, and I couldn’t focus. When I tried to study for a test, I would sit for hours trying to retain the information, but I was constantly unsuccessful.

My grades were falling and I began to lose confidence in myself. I could not figure out what was wrong with me, and I worried I was not trying hard enough. By the spring of my freshman year, I felt hopeless and I had to force myself to study. During the summer, I continued to practice rituals and have obsessive thoughts. I finally got so frustrated that I researched my symptoms online. I found out about OCD and I realized that I had all the signs. I learned that, “four or five kids with OCD are likely to be enrolled in any average size elementary school. In a medium to large high school, there could be 20 students struggling with the challenges caused by OCD” (International OCD Foundation). I told my parents and they were able to locate a psychiatrist who helped me recover with medication and therapy. After I got the help that I needed, my grades instantly improved my sophomore year.

Although I am proud of how far I’ve come since freshman year, I regret that I did not tell someone about the issues I was facing sooner. I wanted to share my story because I know that there are many other teens suffering from OCD in silence. Maybe you don’t know what’s wrong with you, or you’re afraid to speak out about your problem, but I hope this story inspires you to find someone in your life that can help you recover from OCD.